The current lockdown can be a unique opportunity to learn the importance of relationships, family, friends, community, and cultivate them with love, care and understanding. Latin Grammy winners Andres and Christina, the duo behind 123 Andres, are lifting kids spirits with new songs and a Sunday livestream. They sent a sweet and inspiring message to Vegas Kids Zone friends!

“These times have brought to light that there’s still a lot of work to be done in order to achieve true justice and equality, and that work starts at home,” Andres said. “We’re all in pursuit of happiness. The fundamentals of that are the same always: tolerance, justice and collaboration. It’s necessary for kids and parents to take on these difficult topics at home in a safe space, welcoming openness and avoiding judgment.”

Music can be a balm to kids who are feeling frustrated with all that is happening in the world. Relaxing music for kids and songs that reiterate strength and self-esteem are especially important for littles who may be feeling stressed.

“We all have a beat that goes with us everywhere, it gets faster when we are active and happy and slows down when we are resting and calm,” he said. “We’re talking about our heartbeat, of course! Our heartbeat syncs with music, and can even sync with other people when we are singing in a group, as a community.”

That melody can reverberate through your whole body, not just in your ears when you hear a song that strikes a chord with you.

“Some melodies can give us goosebumps and make us feel happy and connected,” he said. “It’s powerful to help children to identify which music makes them feel happy and to have it handy for a pick-me-up. And, of course, there are the lyrics, the words. Words not only have the power to inspire and empower the listener, but voices singing can make us feel so many emotions. Singing becomes the ultimate form of expression.”

“One day I went to use an ATM and someone had scratched off the Spanish instructions on it. It was such a small act, but so meaningful, and it made me reflect on other experiences I had had, positive and challenging. I processed those feelings by writing a song, and a few hours later I had the song Hola, Amigo.”

To celebrate the 123 Andrés released a surprise digital album Hola, Amigo: Songs of Friendship August 21. The album features new versions of “Hola, Amigo” in Spanish and English, and nine more songs which explore the theme of friendship, in two languages. Families looking for anthems to counter messages of distrust and other-ing will find in this collection songs about responsibility, hope, and mutual respect.

“Sometimes we appreciate music for the beauty of the sounds, not just for the words, and we can enjoy, even love, songs that are in a language we don’t speak,” she said. “Music is a case-in-point for how understanding, appreciation and admiration can transcend language, nationality or borders, which is a big part of our message and belief.”

While they can’t perform in front of a packed audience of jumping, dancing and joyful kids and parents, they are doing what they can to spread some love of language and music. 123 Andres has also released a STEM album a few months ago called “Una Idea Tengo Yo.” It’s completely in Spanish with songs about inventions, outer space, technology and more. They also livestream every Sunday at 2 p.m. PT (5 pm ET) on their Facebook page and YouTube channel.

“For young children who are learning to speak, or for children learning a second language, music can be a powerful tool,” Christina said. “The rhyme and rhythm helps us become more familiar with words. Also, we write our songs so that you’ll be able to hear lots of new words, different verb tenses and expressions. And of course it’s fun! Loving a song may make you curious about what the words are saying, and how it translates.”

Music is also a window into culture, and 123 Andres CDs and concerts feature rhythms from all across the Americas, from rock and funk to salsa, merengue and cumbia.

“Music can invite all of us to stand up and dance together, and build community,” Christina said, “which is another big part of the message we want families to take when they listen to our songs.”

Kimberley McGee is an award-winning journalist and homeschool mama of twins.

Teen Career Tips – The One With the...

Story Pirates Have New Treasures for Kids and...

Get Up and Groove with The Nik Naks...

Superhero Training for Your Homeschool

Fun Educational Activities to Do With Kids 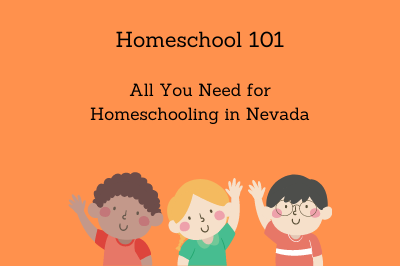 Subscribe to the VKZ newsletter for weekly freebies and discounts in the store! Dismiss